Blonde babe Tallie Lorain is on the phone with her boyfriend and feeling a little bit hot and bothered as they discuss their previous night’s sexual encounter. She is interrupted from her masturbation when she hears a weird noise coming from her adopted brother, Codey Steele’s, room. When Tallie goes to investigate, Codey tries to tell her there’s nothing wrong. Tallie knows better. She flings off the covers from his bed and finds that he has his dick caught in the vacuum cleaner! Tallie goes to get her adopted mom, Cory Chase. Eventually, the two girls figure out that Codey “borrowed” his dad’s erection pills and that he’s been hard as a rock for five hours.Cory initially tries to tell Codey that he needs to go to the ER. When he refuses, she tells him that he needs to cum right away. The girls step out into the hall to wait it out, but Codey is taking forever to blow his load. Eventually, they go back into the room to see what’s taking so long. Cory eventually suggests that since Tallie isn’t really related to Codey, she should show some skin to help him out. Tallie agrees after a brief debate and flashes little titties. Cory pops her boobs out, too. Codey still can’t cum, so the girls move on to trying their hands at jerking him off. Stroking and sucking together doesn’t work, so the girls move on to more drastic measures.Peeling off their clothes, the girls decide to try fucking the orgasm out of Codey. Tallie climbs on first with Cory’s help, seating her bare pussy on Codey’s fuck stick to ride him. Mommy wants a turn next, so she takes Tallie’s place on Codey’s man meat and goes to town while Tallie cuddles close behind her to double down on Cora’s fun. The girls go down side by side on their knees next so Codey can have a pussy buffet to bang doggy style. Then Tallie lays down so Cora can feast on her greedy snatch as Codey bangs her from behind. Scooting forward, Tallie welcomes Codey back between her thighs as Cora lays down beside her. When it’s Cora’s turn to enjoy Codey’s charms once again, she’s all delighted moans as Codey brings her off. He’s finally ready to blow his load, so Tallie leans in to make sure she gets her brother’s love juice all over her face. 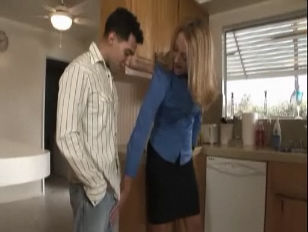 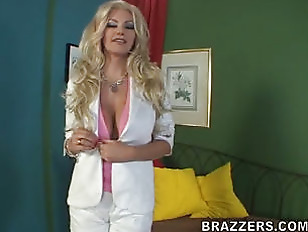